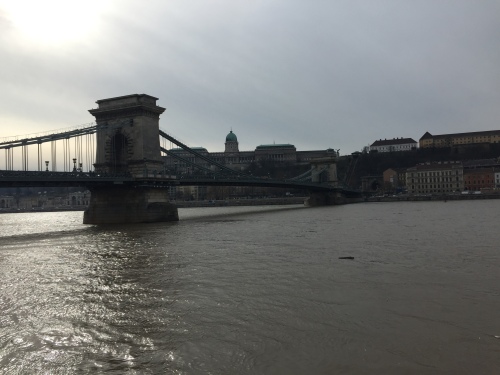 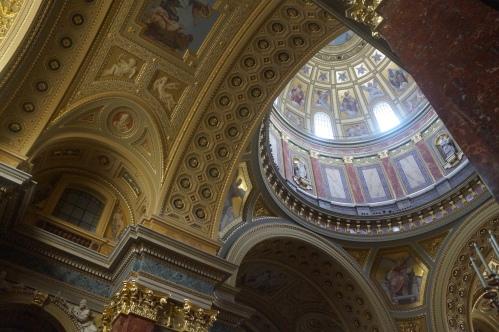 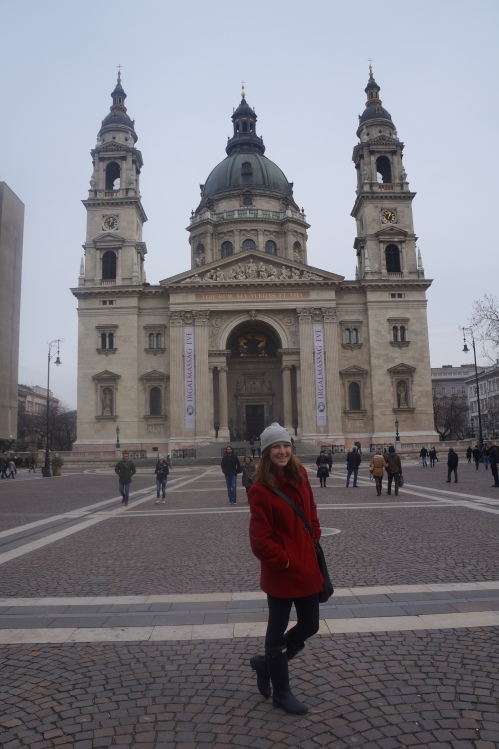 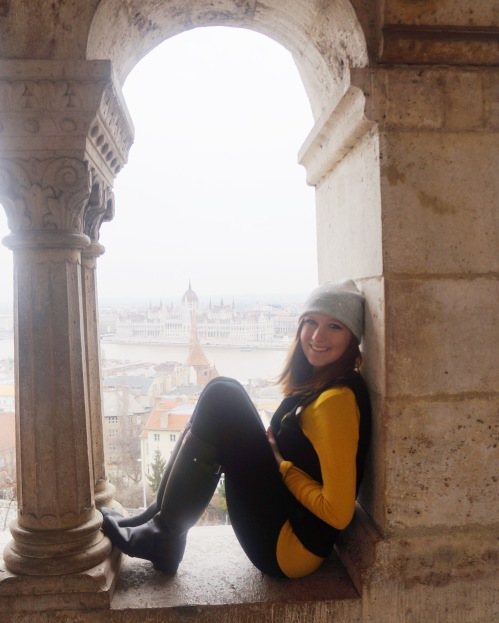 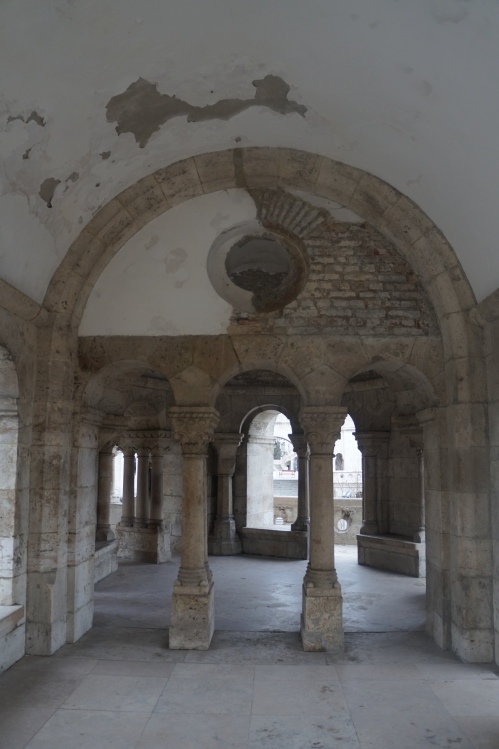 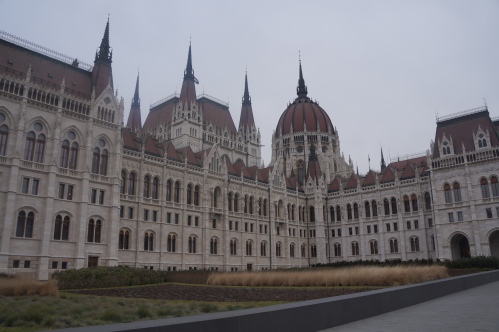 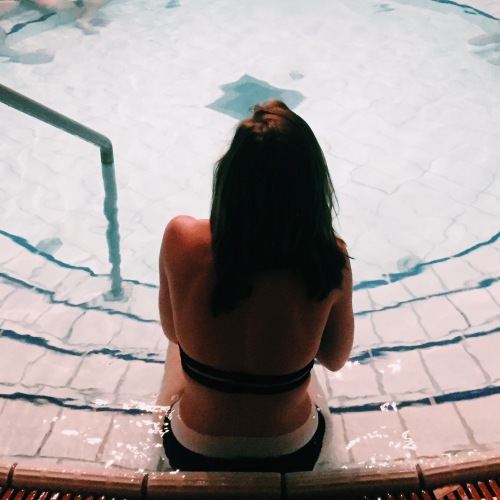 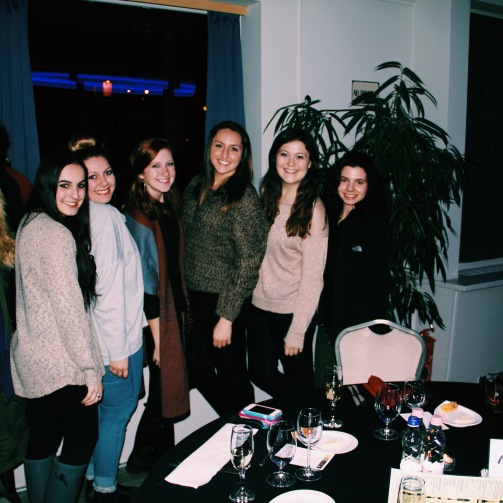 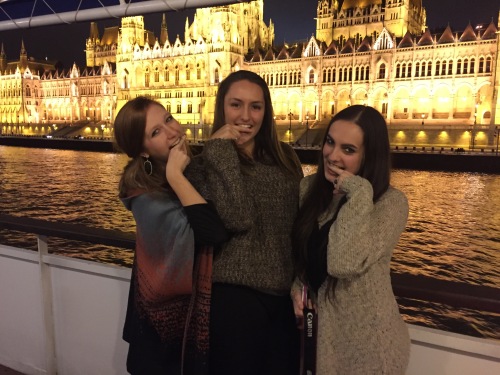 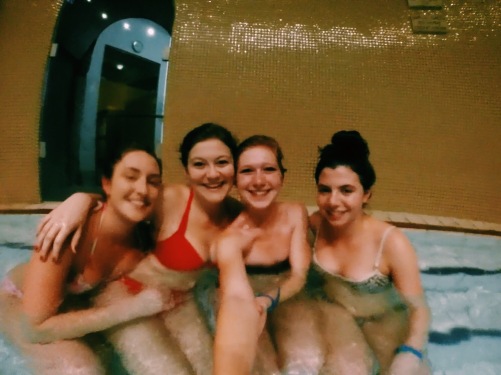 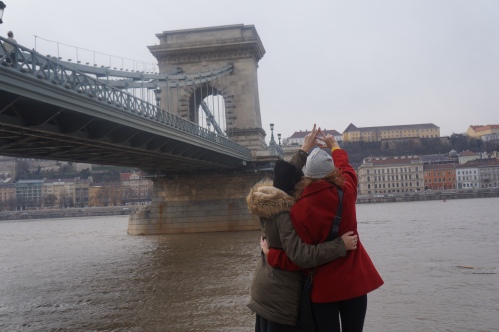 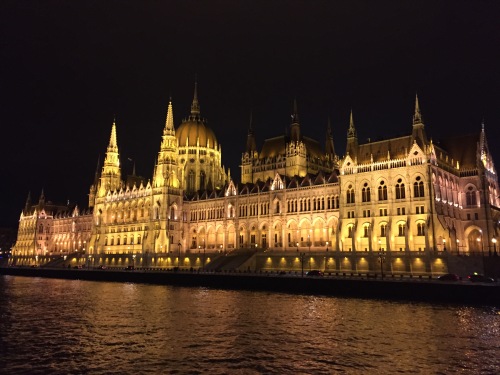 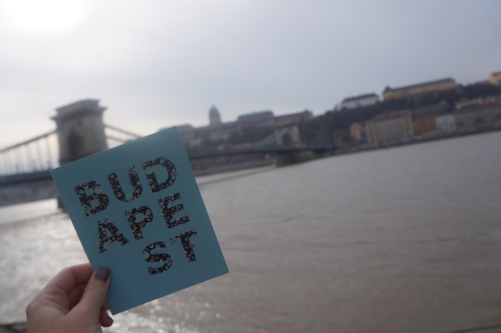 I’m not really sure if I’m ready to be back yet, because I think at some point last night I declared to the Hungarians on public transportation that I was applying for citizenship, but nonetheless, I am back and getting ready to head off to Barcelona, Spain.

The first day in Budapest I went to the St. Stephen’s Basilica and was so in awe that I went back the next day for the prayer service. The architecture was absolutely phenomenal and so different than any religious building I had ever been in. Everything was so ornate and carefully crafted, that I literally couldn’t even take it all in.

Next, I went across the bridge to Buda and got to explore the Buda Castle – you know me, I love a good castle, because, I’m a princess, duh. It was pretty chilly, but I felt like Princess Anna when Elsa lost her mind. The windows were open, there were no doors…standing, frozen (I’m done with the Frozen lyrics for now). The arches of the castle were absolutely gorgeous and I wanted to throw some glass in the windows, add a heater, and make it my new home.

Next stop on my list was the Parliament Building. I didn’t know much about Budapest before I headed to the beautiful city, but I did know that the Parliament offices were a must-see, and after going there myself, I definitely would go. It’s MASSIVE and perfect, and the little (big) guards out in front of the building make you feel like you transported into a 19th century novel.

For my next adventure, and on my second day of being in Hungary, I went to the thermal baths. Oh boy, oh boy, this was the best decision I’ve made in a few months. I truthfully don’t know if it’s a psychological test or if it’s accurate, but those waters seemed to be healing the heck out of me. After a very intense and busy past month, it was nice to sit in sulfur infused waters, pretending I was a baby chicken (because it smelled like eggs), and letting the water work their magic. I highly recommend going to the St. Luciak’s baths, but I’m sure all of the baths around the city are just as good.

Let me get into my favorite part of the trip. So, as you know by now, I’ve been eating/spending my money all the way through Europe. I’ve also been really homesick, missing my tiny little family at home, as well as my parents and siblings. So, this trip, my fellow Kappa Alpha Theta sisters flew from Italy and joined me on all of my adventures. It made it feel like home, to talk with people who’ve gotten to know me throughout college and who share so many similarities with me. Also, I hadn’t seen these girls in almost a year, so it was the best opportunity to catch up and have a blasty-blast.

So, Cheetah Girls, are you out there? It’s me, Hannah. I’m just asking you to send some luck our way so we can strut like we mean it in Barcelona.