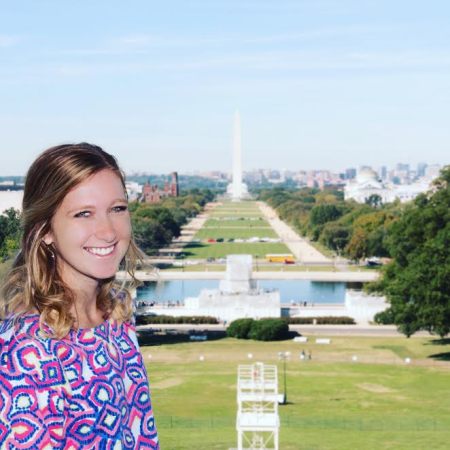 I mean, we’d all be lying if we didn’t think that was partially true. We all want to be known; it’s essential for our sanity to be appreciated and noticed for what we do.

It’s pretty obvious that I work in the media, but a perk of that, would be getting to spend time with Speaker Paul Ryan. I truly wish this man was running for President – he’s fantastic and an upstanding citizen.

As I sat down, outside, on the Speaker’s Balcony with Ryan, he looked at me and asked me:

“Who do you want to be when you grow up?”

Hmm, well this is interesting. No one’s ever asked who I want to be, but merely what I want to be. I know that I want to be a journalist, I want to work in fashion but I would be happy with anything as long as I get to write. I want to write in New York and be the next Carrie Bradshaw.

But who do I want to be? Well, that’s the real question.

Until my meeting with Speaker Ryan, I had never considered who but only what.

As I left, I was slightly confused and partially relieved. For the first time in a long time, this was something attainable. Maybe I won’t get the chance to be what I want to be, but thankfully, I can be who I want to be…always.

As always, my opinions are my own.