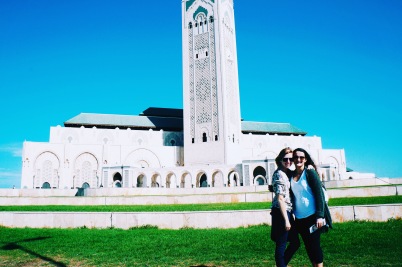 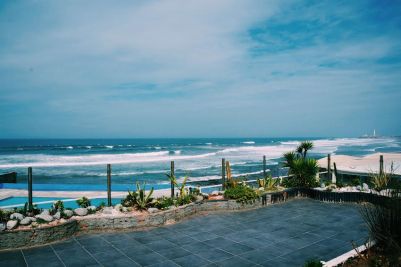 Okay, so October is octover and I got the immense pleasure of spending the final days of this beautiful month in Africa. What an experience…to say the least.

I truly wish I had more than one day in Casablanca. My flight hit the runway and I hit the pavement running full speed ahead towards the ocean and mosque in front of me.

Casablanca, Morocco is super modern; I only say this because I wasn’t expecting it at all. When I think of Africa, I think of wandering through the desert or blazing in a Jeep through the safaris, but never of a city with a Four Seasons and ocean-front property. Well, now I know.

However, this was the first time that I’ve ever really struggled in a country. I don’t speak Arabic and I don’t speak French. Similarly, Moroccans don’t speak English, Spanish, German, or sarcasm. So, struggle bus, party of one. But it made things interesting and it made me do what I do best – figure it out on my own.

I was so caught up in staring at the beautiful architecture of the 13th largest mosque in the world, and listening to the waves beat against the shore that I felt like I had escaped into an alternate reality. Thinking back on it, it doesn’t even feel that real.

But pictures or it didn’t happen, and since you see me, I must’ve done it. It was the start of something wonderful.