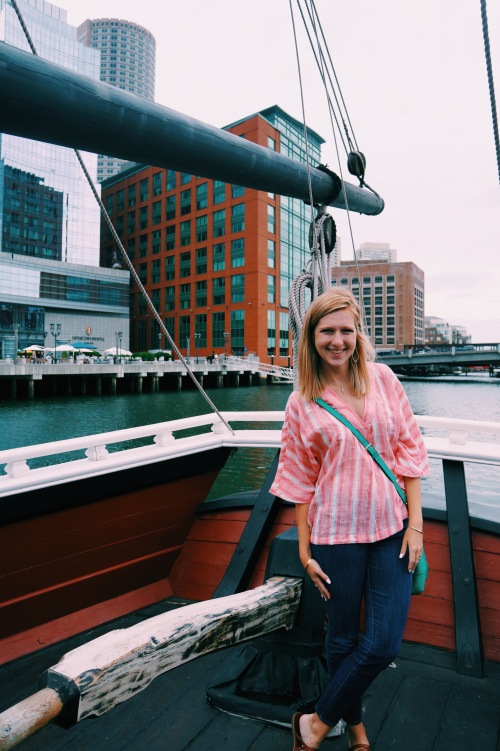 “I think I’ll go to Boston, I think that I was tired. I think I need a new town to leave this all behind.”

I would definitely confirm that I am first and foremost a tea girl and the thought of dumping tea into a harbor kind of gives me a little bit of anxiety.

I don’t think I ever mentioned to y’all that my father was a history major, so this was probably his favorite trip of all time. And, so, we walked in the rain across the harbor to the Boston Tea Party Ships and Museum.

This museum was ah-maz-ing. This was a super interactive museum where you were on a ship in the harbor, throwing tea overboard, and then inside looking at a legitimate freakin’ box that was saved by a family.

Let me sidebar for a second, here…the box was a doll crate, birthed kittens, and was used for storage before it was donated to the museum. And it was in such great condition…like, better condition than most of the items I own.

It took a couple of hours to complete the experience, but it was so worth it. I learned so much, and you know that knowledge is power, so all-in-all it was like I was back in school.

And what better way to celebrate the overthrow of tea than to go and shuck some oysters?

A special thank you to our friends at the Boston Tea Party Ships and Museum – we had the best time! As always, all opinions are my own.